What’s the problem with pensions in Minnesota?

As the Pioneer Press reports, “government pension plans are paying out more than they are taking in.”

According to the latest valuation reports, state public pensions should have $16 billion more in investments right now to pay for future retirement benefits that have already been earned by public employees. While the situation is better than many other states, the figure has alarmed people all along the ideological spectrum.

And now, the Minnesota Senate has “unanimously approved her bill that increases funding going into the pension plans and slightly cuts some benefits.” (Senate File 2620) 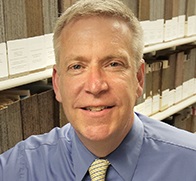 Not only do we tackle this challenge in the next issue of Citizens League Voice (hitting Citizens League member mailboxes in mid-April), we welcome Mark Haveman of the Minnesota Center for Fiscal Excellence to our next Mind Opener on Tuesday, April 17.

Mr. Haveman will explain the issue, and his position that Minnesota must come to grips with the problems of the public pension system.

Join us the morning of April 17 for our next Mind Opener: Pension Tension.

Not a member, or need to renew? Contribute today for an annual membership!