The young people who’ve participated in Capitol Pathways, up close and personal

When the people who make policy at the local, state, and federal level don’t resemble the people whose lives are directly affected, they risk being neither fair nor effective. The Citizens League Capitol Pathways program’s long-term ambition is to make government more representative of Minnesota’s true, multiethnic identity for the betterment of all.

Now in its third year, the program has placed 93 college students from a multitude of cultural and racial backgrounds in internships with government offices, nonprofits, law firms, and lobbying groups. The young people experience real politics in the moment, build invaluable relationships, and develop skills that will help them shape careers in public policy. In return, these hardworking junior staffers bring perspectives and ideas to the table that are too often underrepresented or untapped by their host or host organization on a day-to-day basis.

“Sometimes in the legislature, our work is divorced from the actual people it impacts. Just having someone involved who understands the communities affected makes a big difference,” said Henry Jimenez, who hosts Capitol Pathways interns at the Minnesota Council on Latino Affairs. “Just having diverse people involved makes a difference in how we talk about the things we are proposing.”

When the topic of homelessness and rental issues came up during a session, for instance, a Capitol Pathways participant with an interest in housing issues played a pivotal role. “Instead of statistics, we were talking about histories and people who would be impacted,” remembers Jimenez. “People want their voices heard and they want government to know it impacts real lives and experiences. This program gives young people a chance to change the future for everyone.” 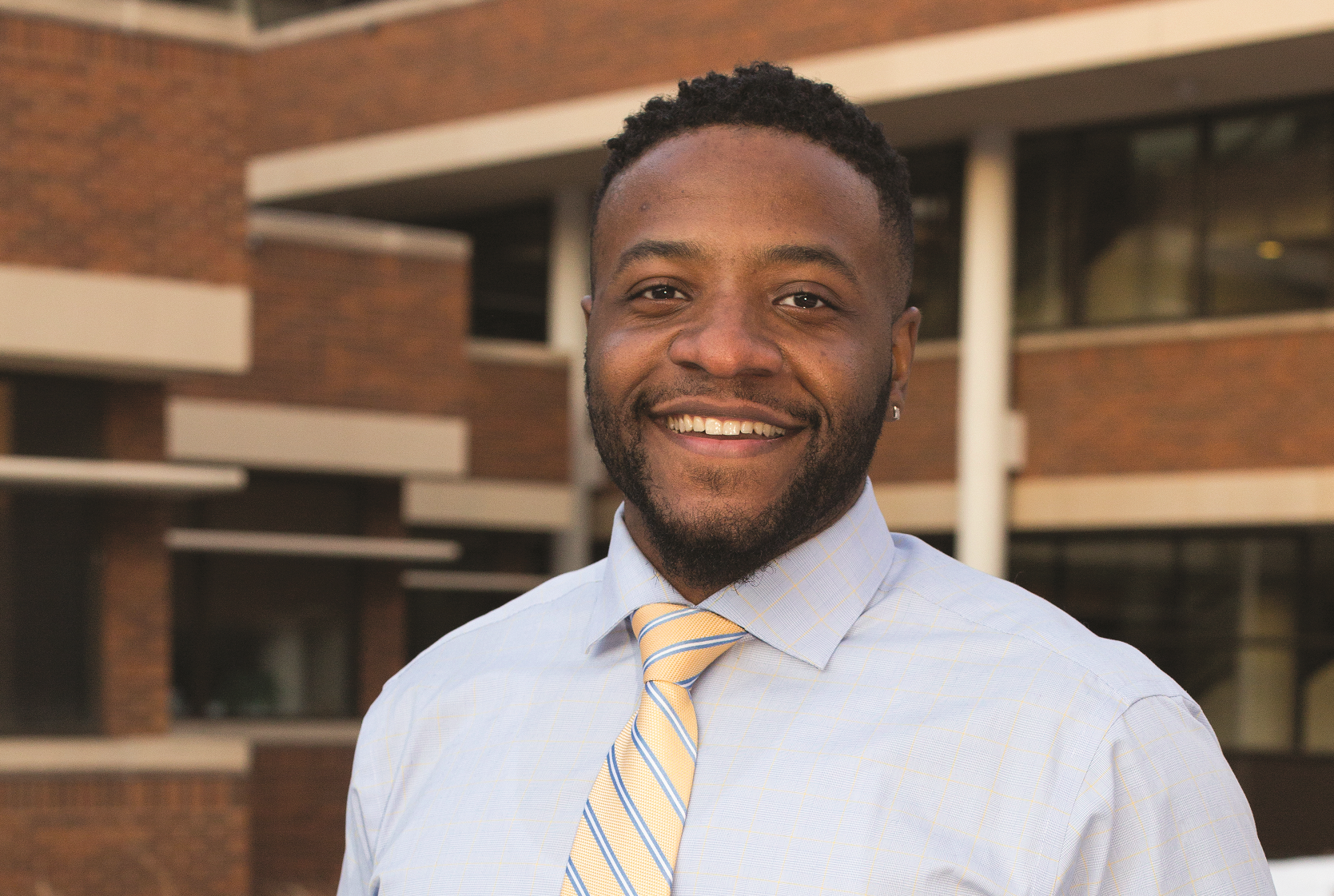 One morning, Robert Harper was cruising through the capitol building on his way to a lunch meeting with his Capitol Pathways host, lobbyist Cap O’Rourke. In a building where gray is the most common hair color, the fact that the 24-year-old stood out for his age was not surprising. Unfortunately, the African American man also turned heads for something that, in an ideal world, would and should go unnoticed.

“A security guard stopped me and questioned what I was doing there,” Walker recalls. “I actually didn’t think much about it. Security is normal at the capitol. But later I noticed that white interns, even dressed in street clothes, were able to move freely around the building. I realized that if I wasn’t black, I probably wouldn’t have attracted attention.”

On paper, Capitol Pathways is about exposing future policy leaders of color to various career paths, enabling them to build relationships, and giving them first-hand legislative experience. A desired side effect, though, is that everyone who walks the halls of government will begin to unconsciously accept that true diversity is a sign of health, not a cause for alarm. “In the U.S., we say that everyone can participate in government. But that’s not really true,” Harper said. “People can go to the capitol building and watch the legislative process, and they can write down their concerns, but to really have an impact, you need to find a way to get your views represented on the inside.”

“It’s not about taking a side or pushing an agenda. To move legislation, you need to be able to see both sides.”

Harper’s insider experience came when he was placed with O’Rourke Strategic Consulting, a lobbying organization that represents a wide variety of clients. One piece of legislation Harper worked on involved the regulation of e-cigarettes, something he never expected to become an expert on. “I researched the issue so deeply, from so many angles,” he says. “Cap [O’Rourke] showed me that it’s not about taking a side or pushing an agenda. To move legislation, you need to be able to see both sides.”

Harper graduated with a degree in sociology and considered law school or corporate work. After his Capitol Pathways experience, though, he couldn’t shake his feeling that it was by working in government that he could have the most impact. Now he’s pursuing a master’s degree in public policy with an emphasis on economic development at the Humphrey School of Public Affairs. “I hope to use my degree to one day work in a policy position where I can make well-informed decisions to improve the economic well-being of marginalized communities. 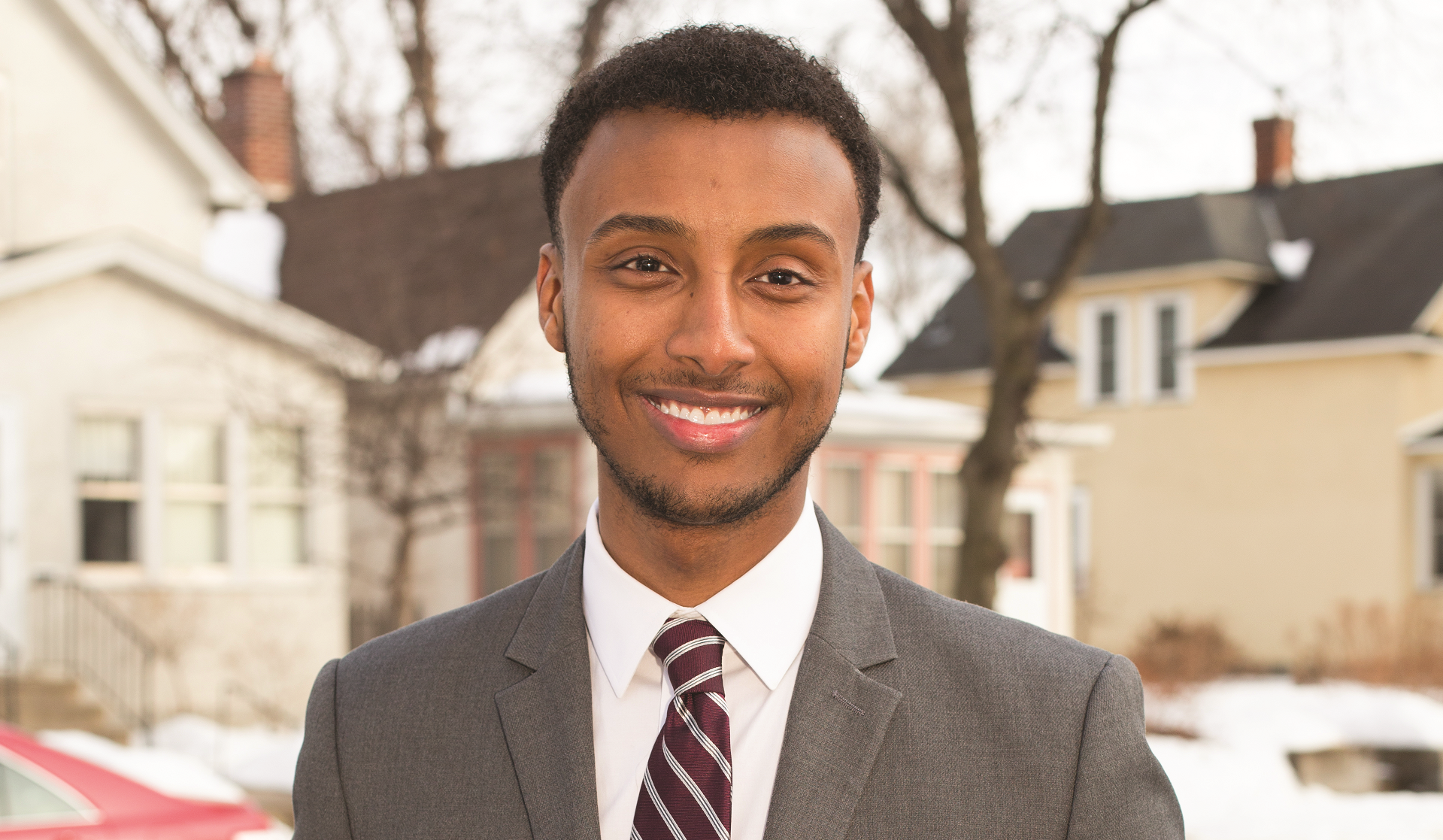 There was no way Khalid Dayib could pursue a liberal arts degree. “Coming from an immigrant family, there was a strong expectation that I would pursue some­thing without risk and with a good income,” he says. “I was good at math, so I thought I wanted to be an accountant.”

Growing up as a Somali American in the Twin Cities, Dayib also wanted to help people in his community feel more connected to the Minnesota experience. A Capitol Pathways internship helped him marry those goals.

“I was really excited about the opportunity to get more diverse people into public policy and legislative work and help give everyone who makes up the state a seat at the table,” the 24-year-old says. “There is a lack of representation, so as a young person and a person of color, my presence alone makes somewhat of an impact.”

“You can’t teach the things I learned. A poli-sci class wouldn’t begin to touch what this experience gave me.”

Dayib was placed with the Minnesota Environmental Partnership, a coalition that focuses on clean water, clean energy, and conservation of the state’s outdoors amenities. “I met tons of people, attended committee meetings, and absorbed the culture of the Senate, House, and governor’s office,” he said. Environmental stewardship is an important issue for Dayib, but the legislative experience he gained from the program translates to a broad range of policy positions. “You can’t teach the things I learned. A poli-sci class wouldn’t begin to touch what this experience gave me.”

After Dayib graduated from Metropolitan State Uni­versity with an accounting degree, which pleased his fam­ily, he chose to re-enter the public sector. As a legislative coordinator for the commissioner’s office at the Minneso­ta Department of Revenue, he can link his numbers savvy with his interest in public policy, including tax policy.

“Capitol Pathways was crucial to my understanding of the legislative process. My experiences — everything from public speaking to negotiating skills to collaboration — directly affects my job right now,” says Dayib. “I became comfortable being the only person of color in the room and I’m so glad to be there, because when something comes up that affects your community, you can represent them; the odds of us all doing better go up when we all have representatives to speak for us.” 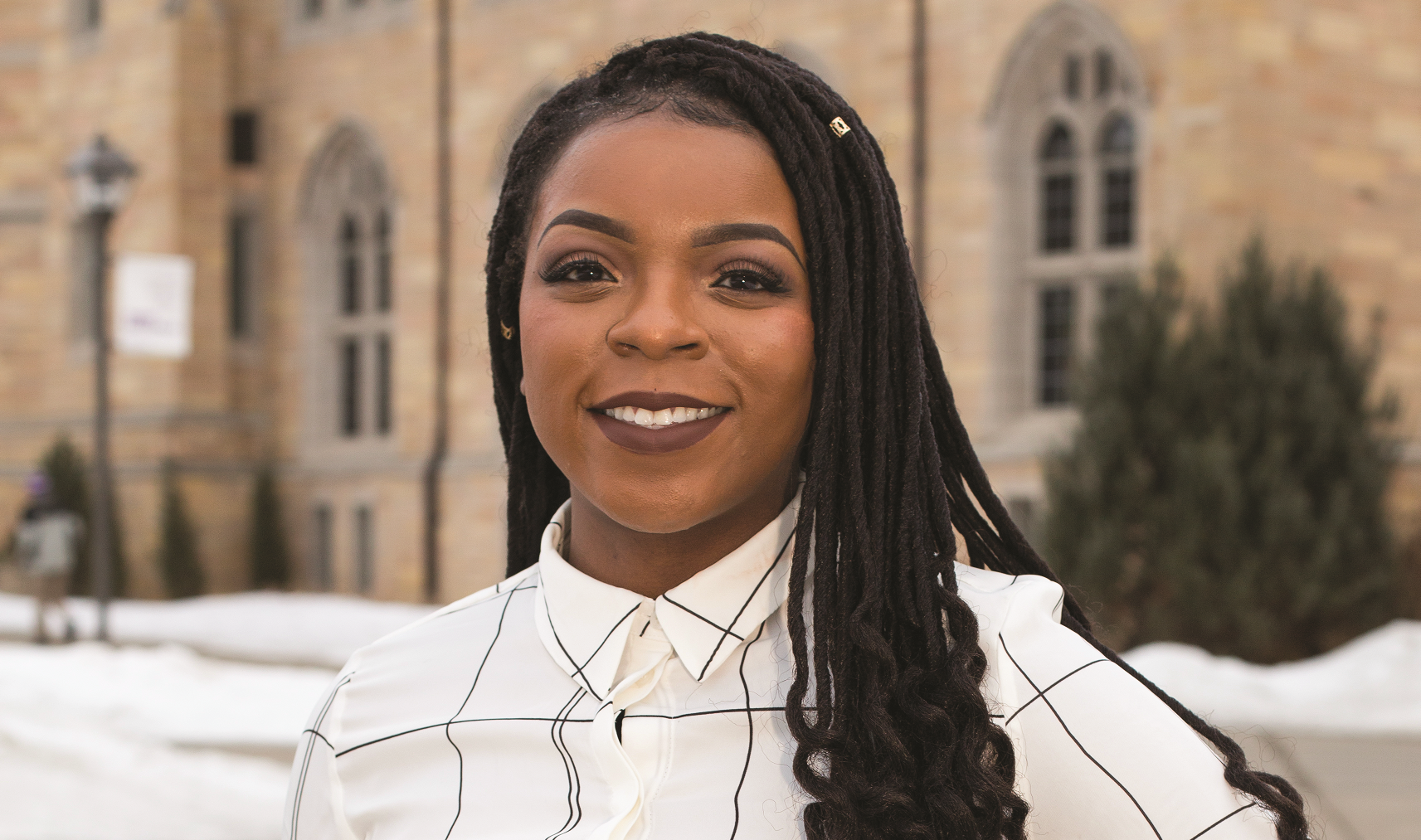 Good intentions aren’t always good enough. Faith Adeola has seen well-meaning legislation fall short of its mark when the people creating the policy are not the people who are affected by it. For instance, when she was a Capitol Pathways intern, she saw legislators put together an after-school activities plan for Somali youth. The problem? None of the people behind the plan were Somali.

“They assumed that teens needed entertainment or activities to keep them busy after school, but that wasn’t a match for the culture or the community’s real needs. What was really needed was a jobs path for young people,” said Adeola, who communi­cated with Somali American families to learn about the community’s goals. Ulti­mately, that led to a revised version of a funding request.

“The Capitol Pathways program helped me define my passion. I see how much work there is to be done, and I think people like me are the ones who can help do it.”

Adeola’s parents came to the U.S. from Nigeria as missionaries and started a church here before she was born. She has always had a strong interest in health care, and she was in the Global Health program at the University of St. Thomas when she learned about the Capitol Pathways program. Adeola realized that public-health policies could be more effective if the people creating them represented a greater number of perspectives.

“Being at the capitol is eye-opening. As a person of color, it’s amazing to see how underrepresented we are in government,” said the 22-year-old. “We are very aware of that right now with the federal government, but the state government has the same problem.”

Capitol Pathways placed her with the law firm Fredrikson & Byron, P.A., as part of a government relations team that lobbies for issues that involve areas such as education and health care. That experience led to her current work as a health care educator with West Side Community Health Services. The next step?

“I want to get my master’s in public health and policy. The Capitol Pathways program helped me define my passion. I see how much work there is to be done, and I think people like me are the ones who can help do it.”

AMY GOETZMAN is a writer and editor. Her work—which focuses on the arts, culture, technology, and environmental issues—has appeared in MinnPost, Architecture MN, and the Star Tribune.

With the long-term goal of making our government truly representative of our communities, the program opens access to the Minnesota Capitol to the next generation of leaders of color. Through this program, interns will build relationships with established Capitol leaders, gain exposure to various kinds of careers in policy, get real-world experience in career fields they would like to learn more about and build a strong professional resume in the process.