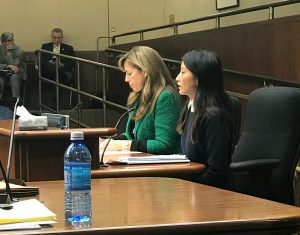 The Citizens League supports a bipartisan bill (HF 3917) now moving through the state’s House of Representatives introducing reforms for the Metropolitan Council. The proposed reforms closely resemble the recommendations that came out of our Met Council Task Force in 2016, which laid out a series of recommendations in April of 2016 in the report The Metropolitan Council: Recalibrating for the Future.

The bill proposes the following changes to the regional governing body, which mirror Citizens League recommendations:

In order to provide more continuity, encourage long-term thinking, and provide for better checks and balances, our task force concluded that terms for one half of the members should not be co-terminus with the Governor and that members not serve at the pleasure of the Governor.

There is a perception that the Metropolitan Council nominations committee is seen as an extension of the Governor’s office because it conducts the interviews and privately forwards the names to the Governor who makes the appointments. The changes proposed in this bill, and our task force recommendations, would make public the names and detailed qualifications of the candidates submitted to the Governor.

From September 2015 to March 2016, the Citizens League convened a special task force to consider possible Metropolitan Council reforms in response to growing questions and concerns.

> Read more about the task force, its members, meeting minutes, and other resources, including our final report, here.