Healthy disagreement is essential to our democracy, and it doesn’t have to hurt

I’ve been itching for an argument since I learned to talk.

Just ask my parents. When I was in grade school, I spent countless hours quarreling with my grandfather about whether or not I needed a belt to hold up my Toughskins (I’m lucky I didn’t end up in suspenders). In junior high I supported Ronald Reagan’s first presidential bid, primarily because I knew it would drive my mother to distraction. Four years later I was handing out leaflets for Jesse Jackson, which prompted my mother’s brother to call me Fidel. (At the time, I thought it was a high compliment. In hindsight, I’m certain my uncle didn’t mean it that way.)

I joined the debate team, of course, and learned how to think and write and persuade by matching wits with argumentative kids from all over the Midwest. In college, I sat on the editorial board at the Minnesota Daily and earned pocket money coaching forensics at Edina High School. For years after that, whether I was sitting in a news huddle or hanging out with friends at a party, nothing gave me more joy than a bout of verbal jousting, especially if I had the chance to defend a position I didn’t personally hold. When I was running things at Utne Reader, I considered it my primary responsibility to train our young staff to vehemently disagree without making it personal—or taking it personally.

And then something changed, at home and at work. I began to avoid disagreement and explore the concept of civil conversation. This was partly a consequence of growing older and, hopefully, a titch wiser. Arguing just to argue, after all, is not only annoying at holiday gatherings; it can sometimes create needless roadblocks on an otherwise harmonious road. My work also led to a relationship with the Public Conversations Project in Boston, where I partook in workshops aimed at creating mutual understanding.

I realized that my fighting spirit was fading largely because appraising differences in opinion, particularly when it came to public policy, had somehow become unprecedentedly tribal. The best evidence or most workable solutions were no longer valued or trusted. I felt that I was hemmed in by political litmus tests. That what we dared to think (or not think) was being conflated with our values and our value, particularly within our increasingly insulated social circles. It seemed that everyone was indeed, as author Robert Putnam noted in 2000, “bowling alone”—or, at most, only sharing a lane with those who agreed to wear the same team logo.

Still, there was something about the civility movement that left me wanting. The ultimate goal is worthy of pursuit, of course. It is, in fact, essential. In order to hear one another, we must respect one another. That requires relearning how to deeply listen, while simultaneously abandoning easy stereotypes and self-righteousness. Too often, though, the journey ends there. People participate in dialogue training and public exchanges where the end goal is, in essence, to agree to disagree. Admittedly, this both feels better than and is a vast improvement over what passes for discussion these days. But ultimately this approach fails to get us to truly grapple with our most complex and crucial fiscal, social, and cultural challenges. After we take the vitriol away and retrain ourselves to honor different viewpoints, it’s vital that we take the next step and learn how to properly argue with one another again. 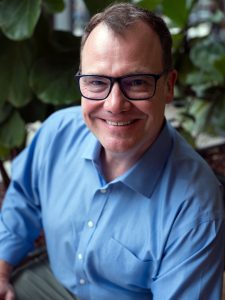 The tagline of this magazine is Quality conversation. Healthy debate. At the Citizens League these two concepts are not mutually exclusive. They feed off each other. Our membership, the board, our policy committees, and the staff are committed to unearthing the most reliable data and workable ideas, regardless of where they originate or whom they rankle. To get there, we set the table for a collegial give-and-take that rewards creative thinking, encourages tough questions, and, yes, even allows for passionate disagreements. The goal is not to change everyone’s mind, but to encourage a consensus or compromise born of rigor.

As this project evolves in print and online, I hope to use this space to talk about what’s needed to achieve a balance between conviction and open-mindedness, individually and collectively. I imagine it will be a challenge. I know it will be fun. I hope you decide to participate in the effort.

David Schimke is the founding editor of Citizens League Voice.