The Dangers of Disruption 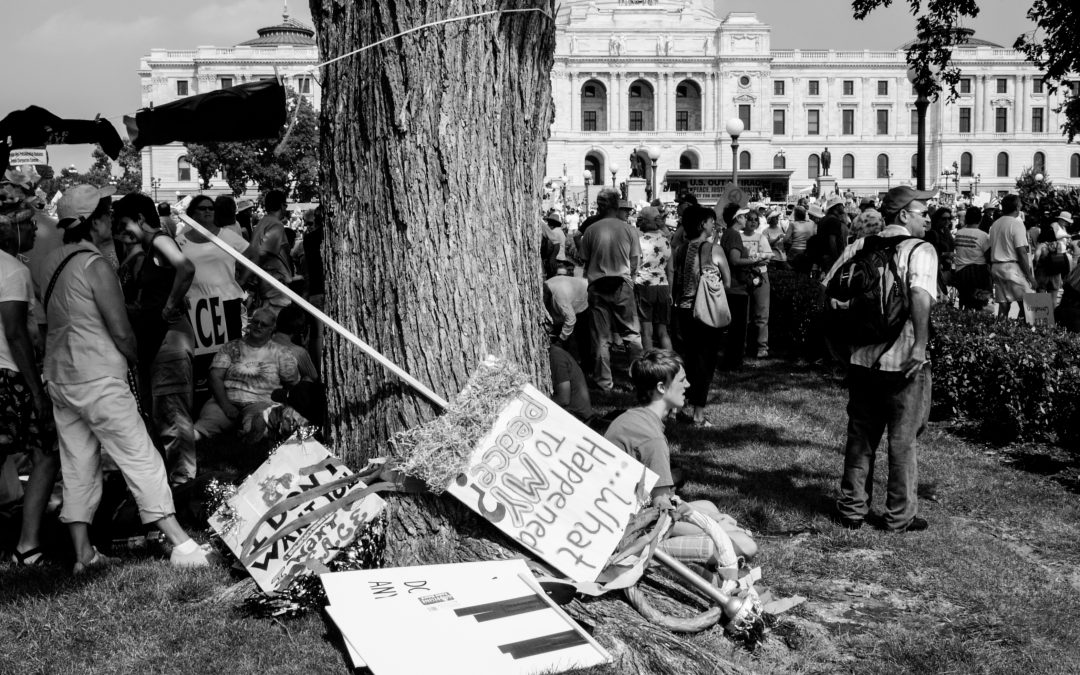 Why I want to increase penalties for protesters who block traffic

Our country relies on the American people to be able to create and have constructive dialogue. Citizens can get involved in their community through communicating with their elected officials, running for elected office, serving on local governing boards, and protesting the status quo. Minnesotans, like all Americans, have the right to express their opinions freely, with emotion. Recently, however, demonstrations and protests have been moving onto freeways and obstructing other public spaces. This all-too-frequent tactic is designed to attract attention to an increasing number of issues, in part because current penalties don’t seem to be a sufficient deterrent.

During the 2017 legislative session, I introduced legislation that would alter the criminal penalty for blocking public right-of-ways. The bill would not change what actions are already legal under Minnesota law, but it would increase the criminal penalty from a misdemeanor to a gross misdemeanor for those who intentionally obstruct traffic access to a highway, airport, or transit system. If passed, the legislation would dictate that a person who is convicted of illegally blocking a public right-of-way could face not more than one year in jail and/or a fine of not more than $3,000.

Increasing fines or penalties is an instrument commonly used by lawmakers and advocates to discourage certain activity, such as speeding in a construction zone or parking in a handicap space; a similar philosophy seems appropriate in this case. There have been multiple instances in which public right-of-ways have been blocked off illegally in the last two years, such as when protesters took over a section of I-35W near the University of Minnesota for 90 minutes during morning rush hour in July 2016 (Star Tribune, July 13, 2016), or when, last November, an illegal protest that blocked traffic for an hour on both sides of I-94 was incited because some folks were disappointed with the results of the 2016 election (WCCO-TV, November 10, 2016). Disabling a highway, a public transit system, or an airport and endangering those around you is not protected expression under the First Amendment of the U.S. Constitution or current Minnesota Statutes.

Critics, including the ACLU, have asserted that my proposal is somehow unconstitutional, but they haven’t been specific about how or why. Since the ratification of the Bill of Rights, the interpretation of the First Amendment has been challenged in the U.S. Supreme Court numerous times. As a result of rulings in a number of landmark cases regarding what expression is protected and what expression is not, the amendment has become more narrowly defined; the court has decided on multiple occasions that the right to free speech does not cover actions that put others’ safety and rights at risk. For example: in Brandenburg v. Ohio (1969), the sitting justices concluded that speech can be limited if it’s “directed at inciting or producing imminent lawless action . . . likely to incite or produce such action.” I want to clarify that I am not a legal or a constitutional expert. The precedent set by the ruling of this case, however, would no doubt be cited if the constitutionality of existing laws were challenged. What’s more, my bill only creates stiffer criminal penalties for acts already deemed illegal in Minnesota. No form of protest that is currently allowed under existing law would be made illegal by its passage.

Disruptive protests create unnecessary chaos, which can very easily and rapidly devolve into riots that threaten the safety of not only the general public and law enforcement, but the protesters as well. In July 2016, a protest that shut down I-94 from late on a Saturday night until 4:30 a.m. the following day was marked by smoke bombs, fireworks, jagged rocks, and broken bottles. Twenty-one police officers were injured in the melee, including a University of Minnesota police officer who suffered a spinal-compression injury after a chunk of concrete was dropped on his head (Pioneer Press, July 12, 2016). Breaking the law and resorting to this sort of violence is not an effective way to petition your government, and inflicting harm on law enforcement is not an effective way to persuade the public to sympathize with your cause.

My experience as an elected representative is that these illegal, disruptive protests create resentment as well as build an even greater divide among people on all sides of an issue. By constantly working to “shut it down” (with the “it” ranging from malls on busy shopping days to press conferences by the DFL mayor of Minneapolis), the protest groups have become an opposition party. However, the “opposition” seems to be to everything and has alienated large swaths of Minnesotans. Tactically, this approach is counterproductive and causes the average Minnesotan to view protesters’ behavior as arrogant, reckless, and at times dangerous.

Many of those who are not in favor of my legislation argue that, if enacted, it would “chill” free speech. I vehemently disagree. Increased criminal penalties for blocking a freeway, closing an airport, or blocking transit should have no impact on legal protests. I have no issue with people protesting and petitioning their government. There have been multiple protests outside of the state capitol that have been legal displays of petition and are protected under the First Amendment. During the Women’s March over 100,000 people gathered in St. Paul to protest, and nobody broke the law. This was the largest protest in recent history and nobody was arrested; the people were respectful, their voices were heard, and their causes were given significant media coverage the following days.

I was prompted to draft my legislation, which will continue to move forward in the next legislative session, after numerous constituents reached out to me expressing their frustrations with disruptive protest. One constituent told me how she had waited for six weeks to have a doctor’s appointment with a specialist at the Mayo Clinic, only to miss that appointment when protesters blocked the freeway for several hours. It took another six weeks to reschedule. Another constituent missed an irreplaceable event. In the midst of an airport shutdown, she was unable to get on a flight to say goodbye to her mother. In a time when she was trying to focus on her family, she was confronted with protesters with mixed messages preventing her from getting to her ailing parent. Even after rescheduling her flight, she did not make it in time to say her final goodbye.

I agree with the Constitution that Americans have the right to assemble and speak freely against their government, and I agree with the courts setting limits on the time, place, and manner of expression of those rights. In all facets of our lives, our freedoms are limited. There are speed limits, liquor laws, tobacco laws, gun laws, age restrictions, and so on. Americans are a free people and we have free will, but every action has a consequence. In order to keep civility in our society, limits must exist. The legislation I propose is not meant to impede protesters’ constitutional rights; it is meant to preserve the public’s right to safety and reliable transportation. 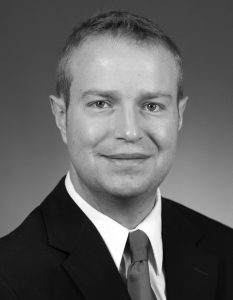 When protest threatens public safety, it is ineffective and unjustified.

Minnesotans have the right to assemble.

Current penalties are too lenient to deter disruptive protest.

Free speech doesn’t include actions that put others at risk.

Do you believe we would be having the same conversation in this country about blue-onblack violence if protesters in various communities wouldn’t have stopped traffic and committed other acts of civil disobedience?

NZ: Yes. And I think in some ways these conversations are happening in spite of the protests and the tactics of Black Lives Matter. Here in Minneapolis, I think the stories of injustice or perceived injustice are what drive the narrative, not the criminal behavior of a few people blocking a highway. Criminal justice reform does not need to be a partisan issue. In fact, for years it hasn’t been a partisan issue. Across the country, we’ve had multiple examples of conservative Republican governors that have looked at reforming the criminal justice systems in their own states. The types of tactics these protesters are using are only serving to drive a wedge between people from different political persuasions who could be collaborating on larger criminal justice issues.

What is the difference between Black Lives Matter’s tactics of civil disobedience and those used by leaders of the civil rights movement?

NZ: Today, from what I can see, there is not a defined set of objectives. When some localized chapters of some of these groups have released concerns or a list of issues or demands, oftentimes it’s stuff that isn’t really doable or realistic: the idea of disbanding a major metropolitan police department, for instance. When folks refused to leave a lunch counter because someone was refusing to serve them, I can see the connection there. When people say enough is enough and we’re not going to be forced to give up our seats or move to the back of the bus, so we’re going to boycott your bus system, I see the connection there. But when you decide you’re mad about an incident involving the police and then, on the biggest profit-margin day of the year for a retailer, you try and obstruct customers from entering the largest mall in the country, I don’t see that connection. When protest groups claim victory or say they’ve reached their objective by simply shutting a freeway down, shutting a fair down, shutting a mall down, shutting a liberal mayor’s press conference down, I don’t agree it has a similar impact. I just don’t see it. What’s the point?

Given today’s media environment, can a protest void of disruption or some other headline-making element get people’s attention, especially if the people protesting are from a community that’s been historically underrepresented?

NZ: Quite honestly, the basis of the question makes me nervous. Because I feel like we’re going down this road, intentional or unintentional, which requires escalation for escalation’s sake. I go back to the Women’s March from last winter, when you had 100,000 individuals show up at the state capitol, and many more at places all around the country. They did so in a deliberate, measured way that abided by laws and statutes. And they didn’t block the train. They used the train to get people there to join their action. They didn’t block the freeways. The freeways were used to get women and other participants in from the suburbs to join the action. The participants had national media attention and statewide media coverage for days and days and days, with a huge impact. I really challenge the narrative or the idea that the only way to get attention is to violate the law. I think that is a disservice to the individuals that they are professing to represent.

The construction of I-94 devastated the mostly African American Rondo neighborhood in the ’60s. Is there a way for Black Lives Matter to use the historic symbolism of the highway without blocking traffic or violating the law?

NZ: That historical connection is not lost on me. But, if you’re trying to bring your child who is in respiratory distress to St. Paul Children’s Hospital and the freeway is blocked, mom and dad aren’t taking a moment to ponder the tragic history of the Rondo neighborhood. That just isn’t happening—and I’m willing to guess that 85 to 95 percent of the people stopped in that traffic aren’t making that connection either.