Policy and a Pint® returned on March 16th! Our event series sponsored by the Bush Foundation and Target, and presented by the Citizens League and The Current began its 12th season!

In 2016, it was reported that high school graduation rates in the U.S. reached an all-time high of 83 percent in the 2014-2015 school year, marking the fifth straight record-setting year. While graduation rates continue to climb, the improvement comes at a time when scores of high school standardized tests are essentially flat and average scores on the ACT and SAT are actually down. The rising graduation rate may reflect genuine progress but some say it raises questions about strategies by states and districts to increase graduation numbers. A high school diploma should indicate a high school student is “post-secondary ready,” but are they if college campuses are seeing an uptick in remedial education, which are often not credit-bearing courses? Knowing that there will be a workforce gap issue as baby boomers retire, how are high schools re-thinking their curriculum to better prepare all students for post-secondary study and/or careers after high school? At this Policy & a Pint, we talked about how some high schools are finding success through innovation, while others continue to face challenges in re-thinking high school. 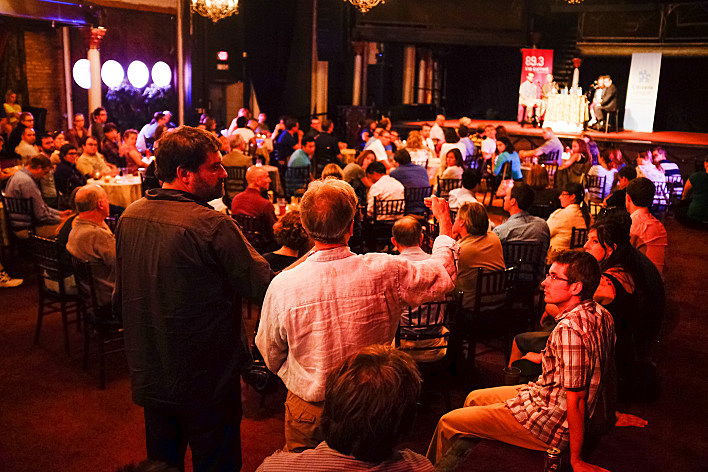 Funded by the Bush Foundation & Target, Policy and a Pint® is an event series presented by the Citizens League and 89.3 The Current that engages people in important conversations about public policy in Minnesota.