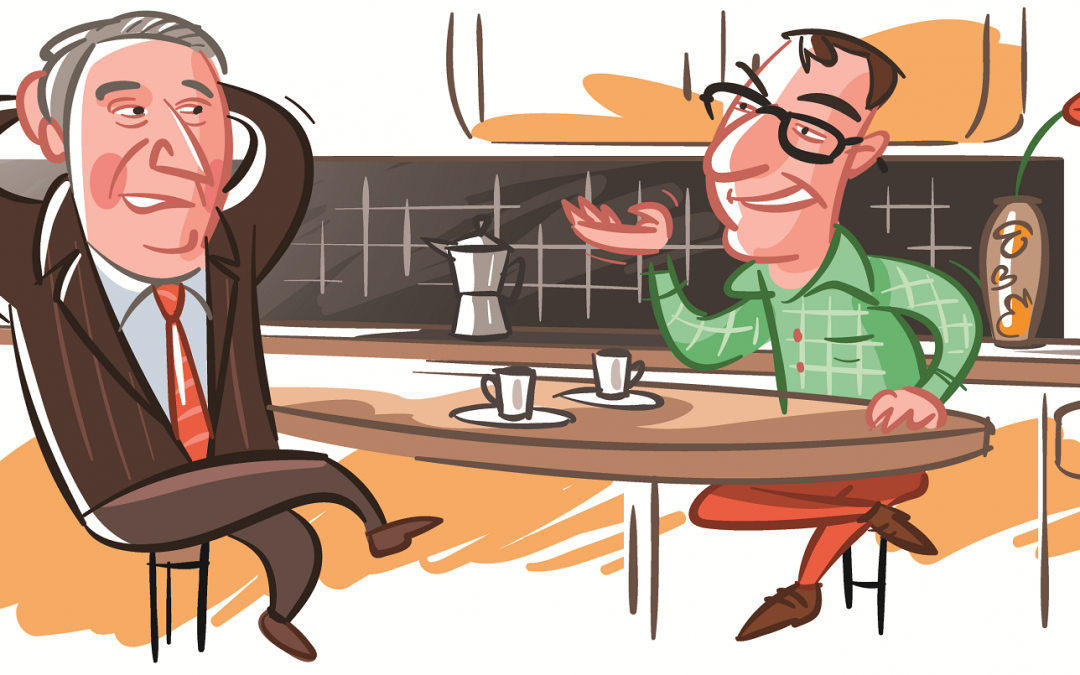 It’s the first thing scribbled in a dog-eared notebook that, since it was filled over the course of three-day dialogue training at Wellesley College, I have returned to repeatedly.

When certainty comes through the door, curiosity goes out the window.

Since my memory is nearly as bad as my handwriting, I’m not sure which one of the workshop’s leaders shared the phrase—Sallyann Roth, a founding associate of Boston’s Public Conversations Project (since renamed Essential Partners), which hosted the workshop, or Bob Stains, a senior associate at the organization who has trained over 25,000 people in 17 countries. What I do remember, and have carried with me in the two years since completing the introductory course, The Power of Dialogue: Constructive Conversations on Divisive Issues, is the sense of possibility that coursed through our classroom. We were of different ages, ethnicities, professions, political persuasions, and schools of faith. Yet, when the seminar was over, there was no doubt that when discussions are crafted thoughtfully, ruinous negativity can be avoided, analytical nuance is achievable, and mutual respect is inevitable.

When I recently told Bob about the Citizens League’s civic-minded membership, we agreed it would be wise to talk about the art of asking good questions, which is the first thing he and Roth teach people who are looking for ways to affirmatively navigate the world’s increasingly antagonistic terrain.

Scrub your questions of any intent to change the mind of the other or to shame the other.

DAVID SCHIMKE: Why is it so important to expose ourselves to other points of view?

ROBERT STAINS: I was just giving a workshop last week and one of the participants used a metaphor that seemed kind of tired at first, but as he spoke it really took on new life in my mind. He used the image of a jigsaw puzzle. He said: “A community is a jigsaw puzzle, represented by different people with different ideas. And we can either have partial solutions or full solutions. In order to get full solutions we need all the pieces of the puzzle. We could go ahead and survive and limp forward with some of the pieces missing, but it’s a much stronger community with all the pieces in place.”

DS: What is the definition of intentional dialogue? 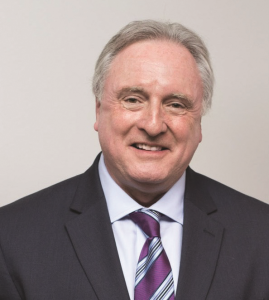 ROBERT STAINS, M.Ed., is founder and principal of Bob Stains and Associates, Conflict Transformation. A consultant for the Harvard Negotiation Project, he has also served as an adjunct faculty member at Mitchell Hamline School of Law.

RS: I ask people to think about driving down the street or on the highway and all of a sudden in the rearview mirror they see flashing lights and they maybe hear a voice say, “Pull the car over to the side of the road, please.” And I ask them to think about what’s going through their mind at that point. What’s going through their body? Where is their focus? And we talk about the experience of being triggered into a response that’s automatic. It’s like that when people are involved in political and ideological exchanges where there is no intention, there’s just a lot of reaction. People are just being triggered and responding to that trigger without any depth or any nuance or choice. An intentional dialog gets us to step back from that trigger and reactive experience and decide, in advance, our intention and purpose.

DS: What role does the act of asking thoughtful questions play in this process?

RS: Thoughtful questions are invitations for people to go more widely and deeply into what they care about and who they are, which creates a place for them to feel seen and heard. When we feel seen and heard, it really changes how we are with somebody, whether it’s somebody that we love or somebody that we deeply disagree with. So it starts to shape a new kind of dynamic where if you get curious about me and ask more genuine questions—which also tells me you’ve been listening to me—I’m more likely to get curious about you. And now we can explore a lot of possible overlapping experiences and values that weren’t available to us before.

DS: What role does the act of asking thoughtful questions play in this process?

RS: Thoughtful questions are invitations for people to go more widely and deeply into what they care about and who they are, which creates a place for them to feel seen and heard. When we feel seen and heard, it really changes how we are with somebody, whether it’s somebody that we love or somebody that we deeply disagree with. So it starts to shape a new kind of dynamic where if you get curious about me and ask more genuine questions—which also tells me you’ve been listening to me—I’m more likely to get curious about you. And now we can explore a lot of possible overlapping experiences and values that weren’t available to us before.

DS: What are some of the key components of a well-crafted question?

RS: So the first thing to think about is what’s the purpose ofy our question. Are you genuinely curious about the other person? Or are you trying to make a statement or convince somebody that they’re wrong, et cetera? You want to scrub your questions of any intent to change the mind of the other or to shame the other. I’ll use the example of a Hillary voter talking to a Trump voter. So the Trump voter says, “I voted for Donald Trump,” and instead of there just being an embarrassed silence, the Hillary voter could say, “Oh, that’s really interesting. What values do you have that led you to vote for Donald Trump? Where did you first learn those values?” Instead of saying, “How could you do that?” Or “How do you reconcile voting for this man when you have these other values?” You don’t want your question to be a challenge, but a sincere inquiry.

DS: What makes a good listener?

RS: In our world we talk about taking the non-expert stance. That is being completely open to the reality of the other person without a preconceived notion of what you think their answers will be or where they’re going to go with something. It’s really being open to whoever they are and curious about whatever they think. The second is what I call presence. To be with somebody and to let him or her know you’re with them by nodding and uh-huhing and maybe repeating back every once in a while what you understand about what they’re saying. This lets people know that you’re there, and it encourages them to open up and go deeper.

DS: And going deeper can result in people sharing stories. Why is that important?

RS: When I was a kid my grandparents were from Italy and they had stories about the Irish. Y’know, the Irish were this and the Irish were that. So when I first met an actual Irish person those were the impersonal images I had in my head. And that’s an imprisoning story. Now, when we create a space for people to tell their particular tales, it resonates with us differently. We get to know who people really are by understanding their experiences. It’s a humanizing process. I think it was [the Christian theologian] Origen who said, “In the particular is the universal.” 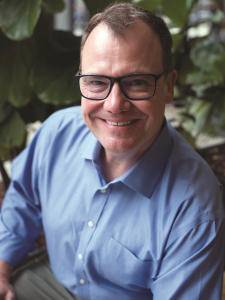 DS: Are there some basic ground rules that are good for people to keep in mind when they’re about to enter into these sorts of conversations?

RS: Don’t interrupt people when they’re speaking—that’s a big one because it’s one of those things that people do to shut other people up, unintentionally or intentionally. I also think, especially in the beginning, you should have time limits for asking and answering. Otherwise somebody will often dominate timewise. They’ll take up a lot of space and therefore take up a lot of the energy. You should avoid name-calling, of course; avoid statements of judgment and resist the temptation to impute motive or to convert the other to your point of view.

DS: Is it important that both people come to the conversation prepared to be vulnerable, as well?

RS: I wouldn’t use the word vulnerable. I think it scares people. The word that’s in my mind is permeable. And that is willing to be touched in some way by the other person. And, because we’re talking about the range of human experience and not just an exchange of opinion, there’s a lot of latitude there. So I can be willing to be touched by somebody’s story while still being completely closed and not open at all to their argument.

RS: Yeah. Locally, the Respectful Conversations Project of the Minnesota Council of Churches speaks of “changing hearts, not minds.” And let me say one more thing about that, because some approaches will ask people to set aside judgment. I don’t think that’s possible. I really don’t think that’s possible. What I do think is possible is to set aside expressions of judgment and condemnation toward another. And that’s very important.