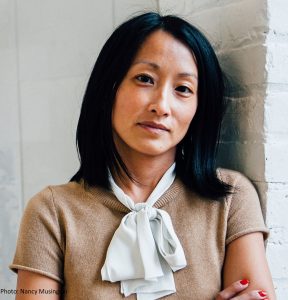 Including Hoffman in the Walz-Flanagan transition team underscores the importance of actively seeking many different perspectives in the new administration.

Pahoua Yang Hoffman, the Citizens League’s executive director, has been invited to be a part of the Transition Office for Minnesota Governor-elect Tim Walz and Lieutenant Governor-elect Peggy Flanagan. Specifically, she will serve with other leaders and community-members as a cabinet hiring director on the state agency hiring team to assist in identifying, interviewing, and recommending candidates to the governor-elect and lieutenant governor-elect and other key staff in the new administration.

“Now that the people of Minnesota have elected their Governor, it is time to shift from a campaign mindset to a governance mindset,” said Kristin Beckman, the executive director of the State Agencies Transition Hiring Team. “Pahoua was selected because of her knowledge of the issues facing Minnesota and her extensive network of emerging and established leaders. Her background leveraging the Citizens League’s nonpartisan role to achieve bipartisan solutions will serve her well in this important position.”

For 66 years, the Citizens League has built a strong reputation as an essential civic organization that guides citizens, stakeholders, and organizations through complex local and statewide issues that are often mired in partisanship and political gridlock. Hoffman, who joined the Citizens League as policy director in 2014 and was promoted to executive director in 2017, has been instrumental in bolstering the organization’s mission to champion the role of all Minnesotans to govern for the common good.

“The Citizens League shares the new administration’s view of One Minnesota,” said Cyndi Lesher, Citizens League board chair. “With one governor and a divided state legislature, we all need to come together to work for a better and stronger Minnesota. Including Pahoua in the transition team underscores the importance of seeking many different perspectives in the incoming administration.”

“If my years at the Capitol have taught me anything, it’s that listening to one another is the only real way forward,” said Hoffman. “I look forward to sharing my perspective with this transition team as it moves forward and begins working for all Minnesotans.”