The pros and cons of copper-nickel mining in northern Minnesota

Each quarterly issue of Citizens League Voice will feature a section that involves bringing people together to share their differing opinions on a timely issue. We call it A Good Debate. In addition to these perspectives, we’ve also established a set of ground rules and a  process that encourages rigor, not rancor.

We start with Just the Facts, designed to provide objective context for a specific question or area of disagreement.

What follows is a carefully planned and vetted collection of Opening Arguments, written by policymakers, academics, and engaged community members representing a wide range of opinion and expertise.

A Cross-Exam of each contributor rounds out the section. Conducted by the editors, this is an effort to further explore the nuance of each argument and provide a model for thoughtful questioning.

Citizens League Voice is a quarterly print publication delivered to our members.
If you’re interested in supporting quality conversation on the issues that impact Minnesotans, join the Citizens League today.
All members receive Voice in their mailbox each quarter. 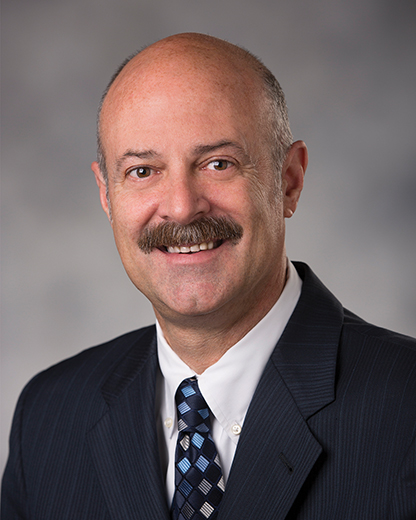 > Argument: Safe and Sound: A robust copper-nickel industry can also be environmentally responsible

> Back & Forth: Cross-exam with Frank Ongaro 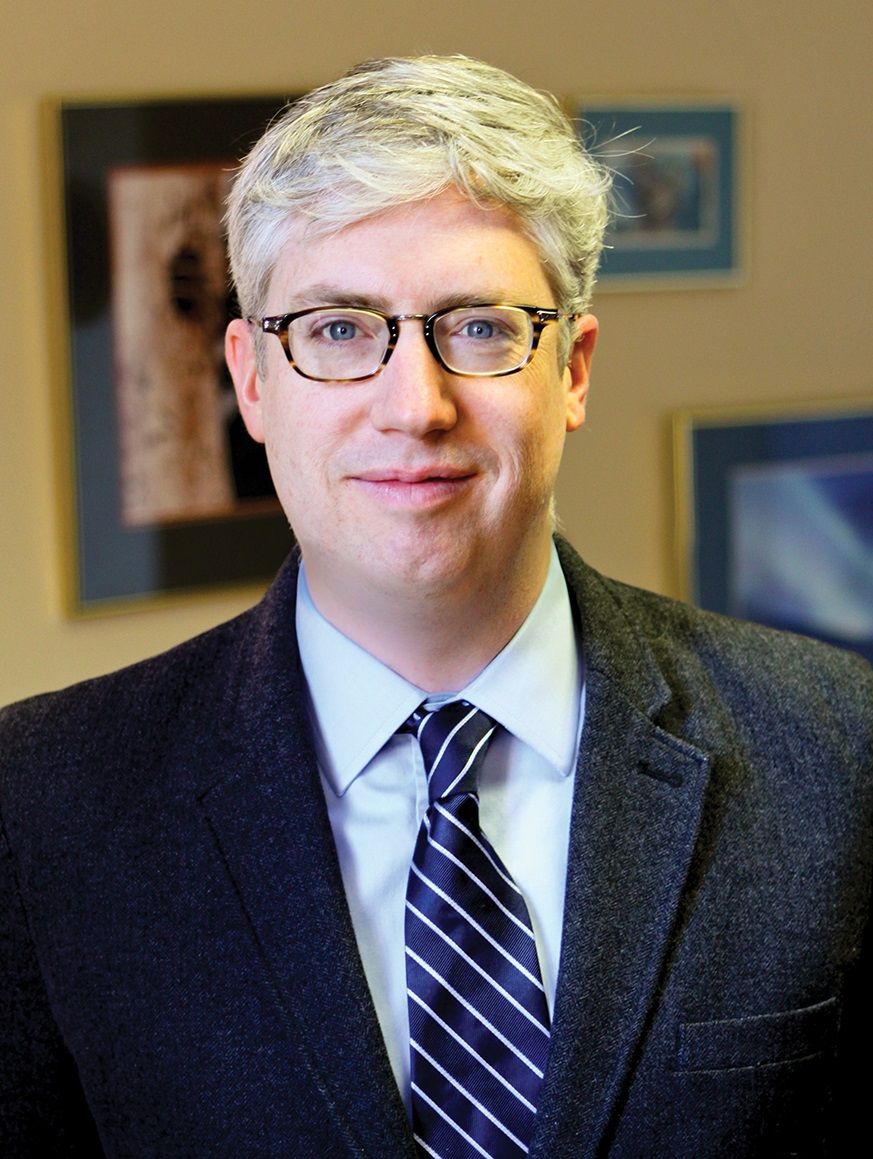 > Back and Forth: Cross-exam with Kevin Lee

> Argument: Fool’s Gold: To depend on copper-nickel mining to spur economic development is unsustainable and shortsighted

> Back and Forth: Cross-exam with Michelle Lee 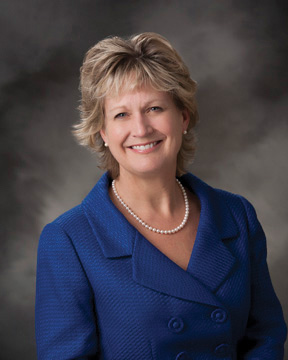 Director of regional development at Minnesota Power, a Duluth-based utility company, and chair of Jobs for Minnesotans, a coalition of labor, community, and business leaders who support copper-nickel mining.

> Back and Forth: Cross-exam with Nancy Norr

It’s not a stretch to say that the particular composition of the rock in northern Minnesota helped shape U.S. history. From the late 1800s onward, the vast seams of iron-rich red rock that stretch across the state’s northern geography produced enough steel to propel the Industrial Revolution. Automobiles, infrastructure, and defense depended on Minnesota iron ore, and immigrants from 43 countries came by the thousands to pull it out of Vermillion, Mesabi, and Cuyuna mines. Their blended culture defines the region known as the Iron Range.

Minnesota still produces about 75 percent of the United States’ iron output—about 36 million tons in 2017. However, World War II largely depleted the high-grade concentrated ore that put Minnesota on the map. Today, modern processes produce taconite pellets from lower-grade ore. Far fewer workers are needed: what 12,000 workers accomplished in the 1970s can now be done with fewer than 4,000. And the woes of decades-long, region-wide economic decline—including crime, addiction, and the exodus of younger generations—have settled in, making citizens and their elected representatives eager to find a new way to create jobs for the industry.

Northern Minnesota has an immense reserve of valuable metal deposits, including copper, nickel, platinum, palladium, gold, and silver. To begin extracting the minerals, two new copper-nickel facilities have been proposed by the companies PolyMet (based in Toronto and backed by Swiss conglomerate Glencore) and Twin Metals (a subsidiary of the Chilean company Antofagasta).

The high-tech method required to extract copper-nickel, called sulfide mining, differs from iron ore mining in that it uses heat, pressure, and chemicals to extract minerals from the rock. And because the process releases mercury and sulfur into the air and discharges toxic sulfuric acid into ground and surface waters, it’s become the subject of contention and controversy.

PolyMet and Twin Metals emphasize that their plans adhere to state and federal environmental regulations. Opponents say there is no example of a copper-nickel mine anywhere in the world that has not polluted the surrounding land and water; in some places, they point out, such mines have created widespread environmental disaster. The companies argue that there are key differences in Minnesota’s mineral composition and landscape that make such comparisons largely irrelevant. Opponents emphasize the temporary nature of the mines and the permanent changes to the landscape and ecosystem, including risks to the nearby Boundary Waters Canoe Area Wilderness (BWCA) and the Lake Superior watershed. Local small businesses are fighting foreign corporations. Even politics-as-usual has been disrupted in the union-strong, once reliably blue Eighth District; when pro-mining congressman Rick Nolan suddenly joined the state’s gubernatorial race this spring, the DFL declined to endorse anyone to replace him.

Over a ten-year discussion and review process, residents, mine companies, area business owners, politicians, unions, scientists, and visitors have weighed in on a discussion that, while centered on jobs and the environ­ment, reveals tensions around the area’s shifting cultural identity, political landscape, and economic potential.

The Range economy now centers on health care, which employs more than 33,000 people in the area, and tourism, which employs 6,390, with another 7,590 in food service. Businesses have proliferated as people come to the Range to camp, fish, bike, ski, snowmobile, and retire. The BWCA is an international attraction that draws more than 250,000 annual visitors.

“Clean water is what attracts people to the area,” says Matt Norton, policy director for Save the Boundary Waters. “More than the BWCA is at stake; the area’s wealth, businesses, and jobs depend more on water than on mining.”

But many of the area’s service sector jobs don’t pay well or are seasonal. They don’t have the high salaries, good benefits, or pensions the mines provided. PolyMet estimates its mine will create about 300 jobs that should last for twenty years, the anticipated duration of the mine. The Twin Metals mine would bring several hundred more jobs. “These will be the best jobs you can secure in that region of the state,” says Bob McFarlin, government affairs advisor for Twin Metals. “There will be a wide variety of opportunities, from computing, technology, math, and science to operating heavy equipment. These are good jobs that you can raise a family on.” In addition, he says, those jobs would create additional spin-off jobs—maybe two for every one.

Aaron Brown, a lifelong Range resident who writes the Minnesota Brown website, a record of the region’s economy, culture, and relationship with mining, says it’s unlikely many local workers would find a place in the new mines. “Mines struggle to find the workers with the skills modern mining requires—these aren’t just laborers. They aren’t driving a truck or punching a clock at the mine like Grandpa did,” he says. “Those jobs have been consolidated in many industries, including mining, due to automation. Where once there would be ten people doing a job, now there is only need for one.”

Or fewer. “Human-free mines are coming next. The equipment will be automated, the workers will be in a remote command center, and it doesn’t have to be here,” says Brown, who argues that a mix of industries is the key to the region’s future. “We need a diversified rural econ­omy. The next generation already knows that. They are interested in the same kinds of jobs kids everywhere are—software design, modern careers you can do anywhere. You can do them here.”

The Poly­Met mine is the closest to becoming a reality. That project has passed through much of the permitting and review process. In June 2018, a land swap was finalized between PolyMet and the state that traded 6,900 acres of private forest within the Superior National Forest for 6,650 acres of public land at the mine site, giving the company surface rights to land for which it already controlled mineral rights. The exchange gives PolyMet more than thirty square miles in the Hoyt Lakes area for its mine and processing operations. The mine must next pass final envi­ronmental review; obtain state, local, and federal permits; and demonstrate its financial viability to complete the project and pay potential cleanup costs. (One possible hitch in that series of events: In July, Glencore, the company that is providing financial backing to PolyMet, was served a sub­poena by the U.S. Justice Department requesting documents “with respect to compliance with the Foreign Corrupt Practices Act and United States money laundering statutes.”)

If PolyMet gets the go-ahead, it would pave the way for the much larger Twin Metals project, an underground mine encompassing 30,000 acres along the Kawishiwi River near Ely. The site is two miles from the BWCA. Environmental groups say there is significant risk to wildlife and water­sheds across the region, including the BWCA, Rainy Lake, the St. Louis River, and Lake Superior. Both projects are upstream from reservation lands. Tribal organizations say that sulfide pollution would harm wild rice and their way of life.

Norton says that pollution is inevitable: “Sulfide mining has a 100 percent track record of polluting the environment. There is no technology that can prevent the same failures that have occurred everywhere else from occurring in the most water-rich piece of federal real estate in the U.S.”

McFarlin disagrees: “The certainty of envi­ronmental destruction is wrong,” he says. “It has been argued by groups that oppose mining that merely issuing permits will mean the end of all environmental standards in the area, and that’s not true. We are confident that we can propose a project that will meet environmental standards as set forth by the state and federal governments. The rule of law in the U.S. will prevail.”

But whose law? In 2016, the Obama admin­istration issued a twenty-year moratorium on mining leases in the area, citing risk to the environment. In 2017, the Trump administration’s Interior Department reversed that decision.

In June 2018, state and national environ­mental groups filed two lawsuits against the Department of the Interior and the Bureau of Land Management, and a group of nine busi­ness owners who operate in the BWCA area filed a third suit. The lawsuits maintain that the administration’s arbitrary reversal violates federal law, ignores the science that led to the original moratorium, and exposes the region as well as the plaintiffs’ livelihoods to irreparable harm.

“No matter what happens, no one is going to be happy. No one is going to get what they want,” Brown concludes. “A lot of people up here are looking at these projects and saying, ‘That doesn’t look smart for a couple hundred jobs.’ But others are saying, ‘Those jobs could save our town.’”

The goal of A Good Debate is not to convince readers of any one position. No one wins or loses. Instead, the hope is that when presented with a variety of in-depth thought on important issues, Citizen League members, lawmakers, and the wider public will be better equipped to sort through the hollow, contrarian rhetoric that too often hijacks productive discussion. 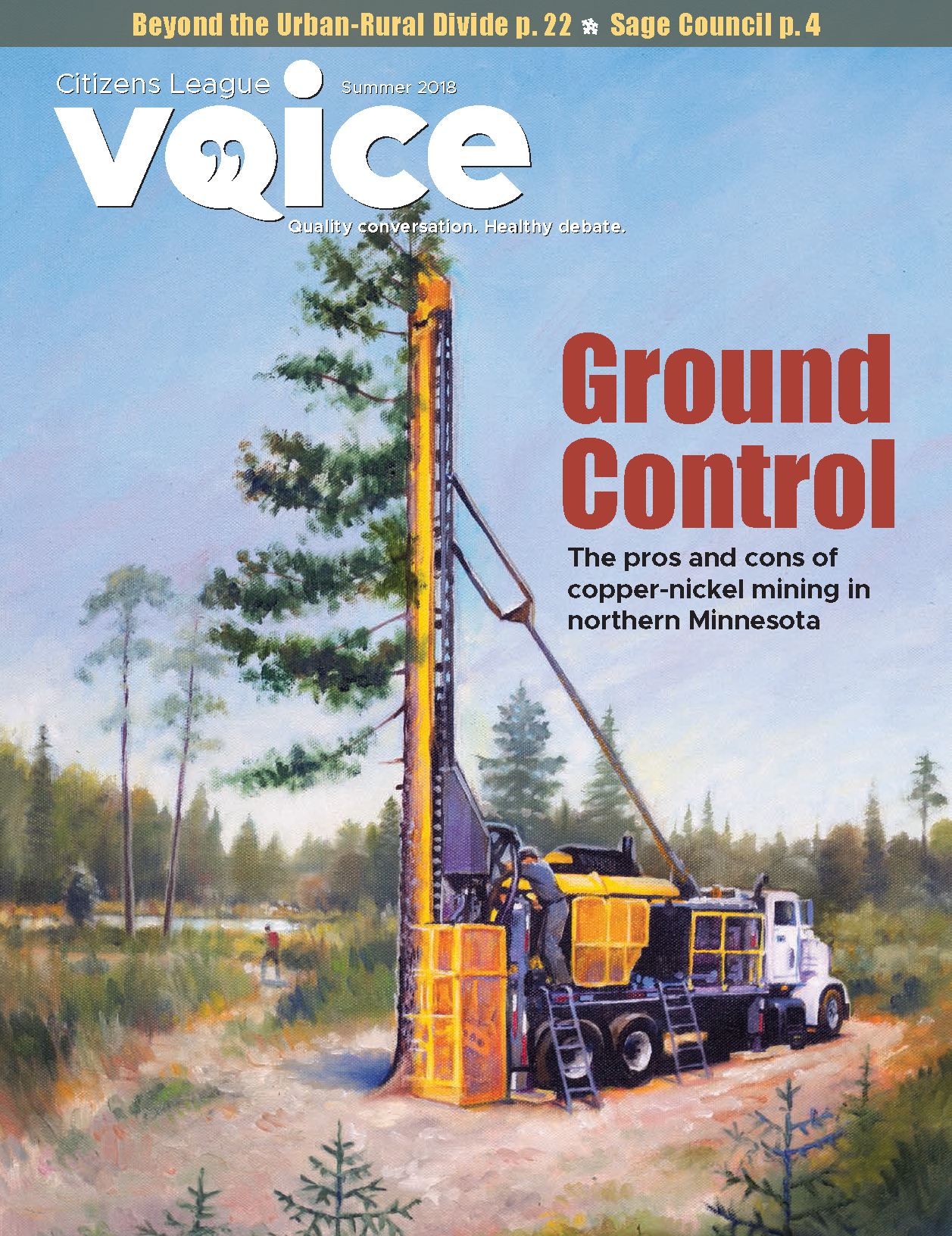 Click here to read the arguments from our four participants.